During May 10-12, 2017 X Fair of Innovative Ideas, Technologies and Projects were held at the “UzExpoCentre” in Tashkent. This Fair were organized by the Science and Technology Agency of the Republic of Uzbekistan and Ministry of Economy of the Republic of Uzbekistan. Students, scientists and experts of the series of organizations, companies, research institutes and universities took part in this Fair.

The scientists of our Center have attended in the Fair with their innovative projects and technologies. They were able to present to local and foreign guests, specialists and scientists their ongoing scientific projects and products, as well research works and global achievements of the Center.

III International Innovation Forum was held within the framework of the Fair, and in this Forum were held the international conference entitled “Uzbek-German Innovative Dialogue - the Future for Building a Knowledge-Based Society”, which were devoted to co-operations between Uzbekistan and Germany in the field of science and innovation.

Forum participants from Germany visited the Center of Genomics and Bioinformatics’ stand, where they were able to know more about ongoing scientific projects and achieved results, which aroused interest of the delegates from Germany. Such friendly and scientific dialogues can serve to strengthen future cooperation. 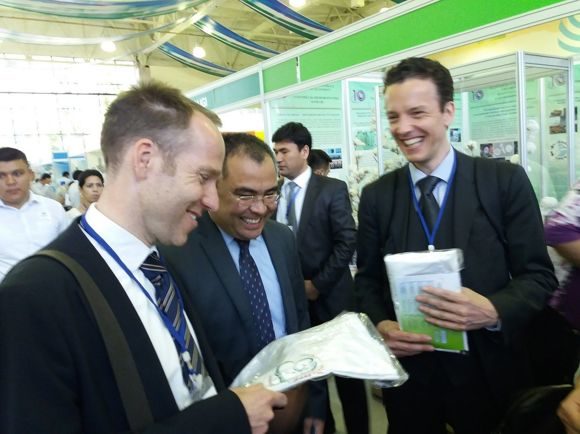 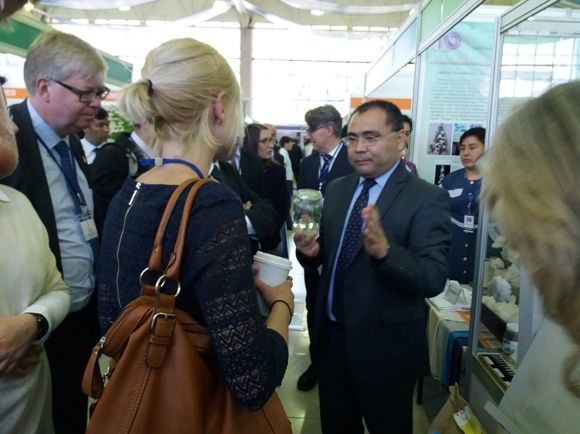 On May 12, the Closing Ceremony of the Fair and Awarding of Active Participants and Organizations were held. As active participant in the X Fair of Innovative Ideas, Technologies and Projects the Center of Genomics and Bioinformatics were awarded with CERTIFICATE OF HONOR of the Agency of Science and Technology of the Republic of Uzbekistan. The vice president of the Uzbek Academy of Sciences and director of the Center professor Ibrokhim Y. Abdurakhmonov was solemnly awarded with CERTIFICATE OF HONOR.

Junior researcher of the Center Bakhtiyor K. Rakhmanov were awarded for his project “Technology for active production of the medicinal valuable compound artemisinin through somatic embryogenesis in cotton (Gossypium hirsutum L.)” with special awards and certificates (Free Internet Connection from Uzbektelecom and 3000000 Sum from People’s Bank) in nomination “The Best Innovative Project of the Young Scientists”.