In 2012, a transgenomics and tissue culture laboratory was organized, which united together biologists, biotechnologists, and in a short time using RNAi interferences were created high-yielding wheat varieties. 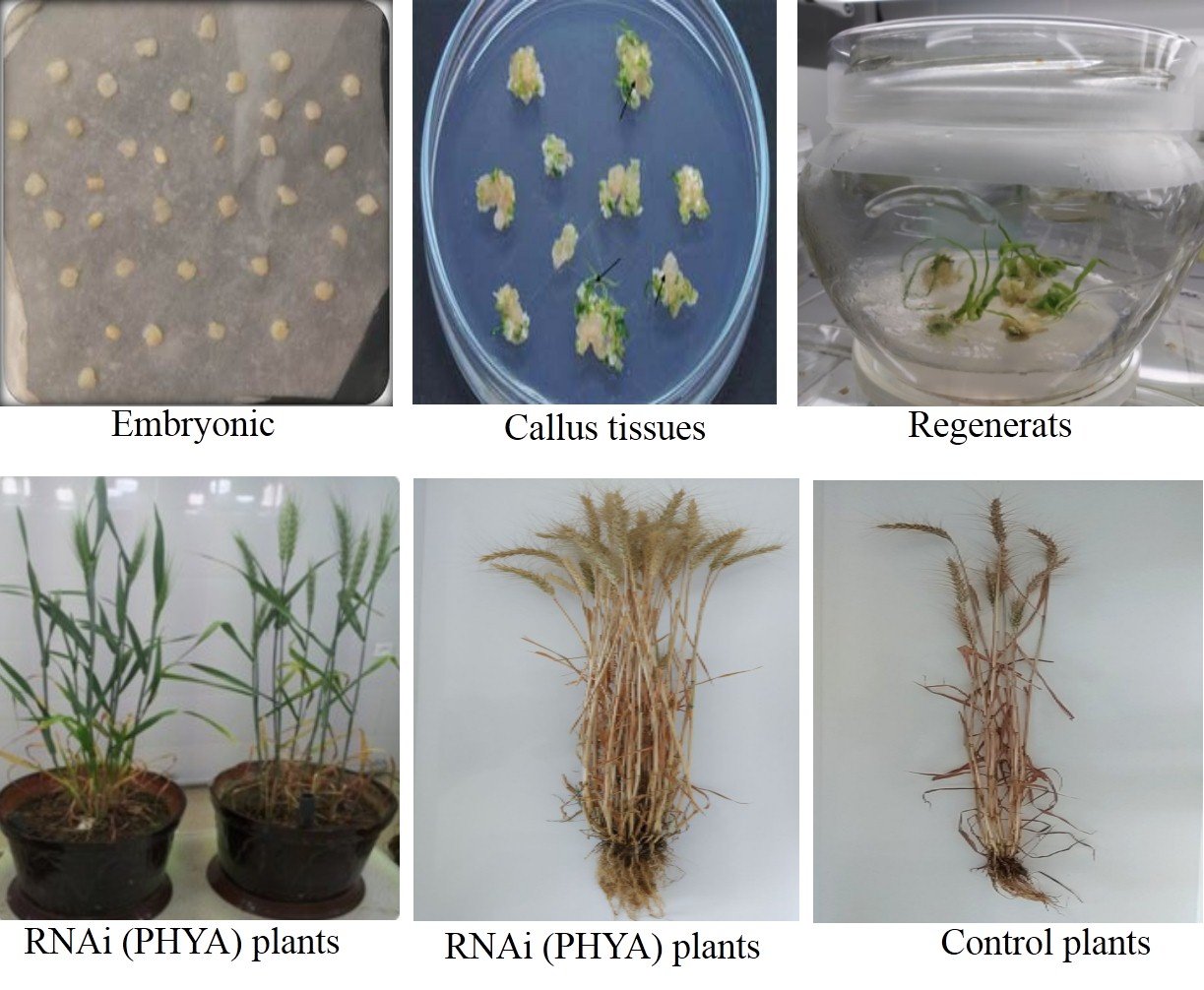 The low percentage of heritability of valuable agronomic traits in the hybrid generation, the basis for the selection of new varieties in hybrid generations orientated on morphological characters, requires a long period to obtain the diverse of new promising varieties. To resolve these problems, the center used new biotechnological methods to improve the agronomic traits of promising varieties "Bardosh", "Ok Marvarid", "Sangzar-8" and "Bobwhite" (Triticum aestivum L.) in a short period of time. For this, the PHYA1 gene was studied and a special design was constructed for transformation into the plant genome. Phenotypic changes were observed in the resulting T1 RNAi offspring. Due to the decrease in the activity of the PHY1 gene of wheat, the activity of the photochromic genes increases. The result is a new biotechnological wheat variety with an elongated root system, early flowering, large grains, and positive parameters.